Despite a last minute scare with one of Buckingham’s own guards, D’Artacan makes sure that Buckingham has his audience with the Queen. The Queen wants to prevent war between France, Spain and England. To prove her good faith, she sends Buckingham back to London with a letter and her own necklace. All Richelieu’s men are on the look-out, but D’Artacan and the Three Muskehounds succeed in putting Buckingham safely on board his ship, where he shows his gratitude by presenting D’Artacan with a dagger bearing his coat of arms.
01 Enero 2015 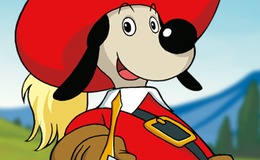